Well, he’s a baddie, but he’s probably not THE baddie. The Hollywood Reporter notes Irish character actor Ray Stevenson has been tapped to play a villain in the upcoming small-screen Star Wars spinoff Ahsoka.

As previously reported, the series will center on Rosario Dawson‘s titular one-time Jedi, who has appeared in both The Mandalorian and The Book of Boba Fett. Her arc on Mandalorian‘s second season hinted at what the thrust of her own series would be: the hunt for an evil genius of an Imperial leader called Grand Admiral Thrawn.

Born from the pages of Star Wars novels, the blue-skinned Admiral Thrawn was voiced to fan acclaim by Lars Mikkelsen in the animated series Star Wars: Rebels, which ended with the cunning strategist vanishing into hyperspace to points unknown after a clash with young Jedi Ezra Bridger, who also went missing. It’s likely Ahsoka will see the heroine both searching for both her friend and hunting her foe.

While it’s speculation at this point, it’s likely Stevenson isn’t playing Thrawn — although they’re both six-feet three-inches tall, geeks will testify. Either way, if tradition holds, Lucasfilm won’t confirm what role he’s filling until shortly before Ahsoka debuts next year. 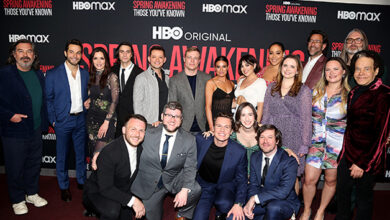 Michael John Warren learned he was directing ‘Spring Awakening: Those You’ve Known’ a week before filming 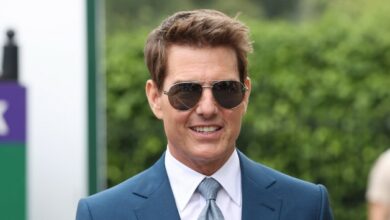 No, that’s not really Tom Cruise jumping over Keegan-Michael Key in viral video 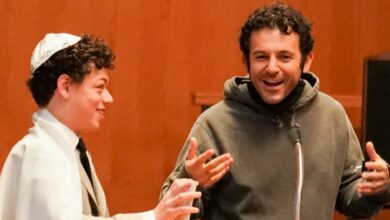