(NOTE LANGUAGE) Kim Kardashian has responded to the backlash she received after telling women to hustle harder.

Kardashian told Good Morning America co-anchor Robin Roberts in a new interview that the comments she made in a Variety profile earlier this month were “taken out of context.”

In the profile, Kardashian, who turned her reality TV fame into a business empire, said, “I have the best advice for women in business. Get your f***ing a** up and work. It seems like nobody wants to work these days.”

The comments sparked criticism, with some online commenters calling out the privilege they say may have helped the SKIMS founder’s success.

Kardashian’s quote was even the center of a joke made at Sunday night’s Oscar ceremony, with co-host Regina Hall repeating it to Best Supporting Actress nominee Dame Judi Dench.

“This is a quote from Kim Kardashian: ‘Work harder.’ That’s what we need you to do,” Hall jokingly said to Dench.

In an interview over the weekend ahead of the premiere of her family’s new Hulu show, The Kardashians, Kim said of her quote, “It wasn’t a blanket statement towards women or to feel like I don’t respect the work or think that they don’t work hard. I know that they do. It was taken out of context, but I’m really sorry if it was received that way.”

Kardashian explained that she had previously been asked in the Variety interview about being “famous for being famous,” which she said caused her to answer so forcefully.

“That statement that I said was without questions and conversation around it, and it became a soundbite really with no context,” said Kardashian.

She added, “That soundbite came off of the notion and the question right before, which was, ‘After 20 years of being in the business, you’re famous for being famous,’ and my whole tone and attitude changed with the previous question that went into that question about what advice would you give to women.”

Kardashian’s new interview with Roberts will premiere as part of an ABC News primetime special on April 6 at 8 p.m. ET on ABC and will air the next day on Hulu. The special includes new interviews with Kim, Khloe and Kourtney Kardashian and their “momager,” Kris Jenner.

Their new show on Hulu will premiere on April 14.

“We’re so cute!” — Kim Kardashian opens up to Ellen about finding happiness and falling for Pete Davidson 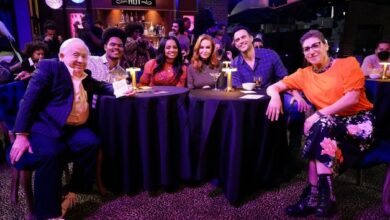 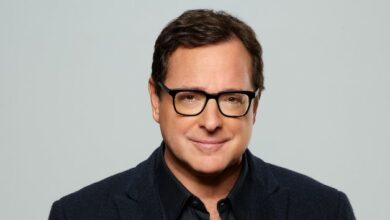 “How can it be two months without you??” Bob Saget’s widow, Kelly Rizzo, posts about her loss 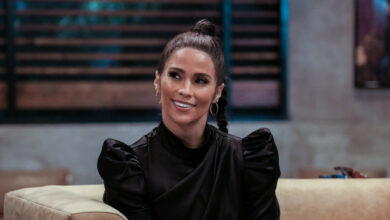