A rat in your kitchen is arguably a bad thing — unless it’s Remy, that lovable, scampering chef from Ratatouille — but TBS’ Rat in the Kitchen takes that to another level.

“It’s part cooking competition that you’re used to, but then Knives Out, sort of a whodunnit,” describes stand-up comic and co-host Natasha Leggero.

Each episode features a group of chefs, plying their skills in an effort to win a cash prize, but that’s where the similarities to other shows end, she explains. A “rat” is chosen in secret before the competition begins, and their job is to secretly screw up the dishes presented to Leggero, and her co-host, legendary chef Ludo Lefebvre.

“[T]hey are there to sabotage the rest of the chefs’ dishes, and they are all working together as a team — including that rat. So nobody knows who the rat is. So everybody is sort of suspecting everybody,” Leggero explains.

Sometimes, however, the surprise is that the chef messes up a dish all on their own, Ludo admits. “I mean, look, in the show, I eat some amazing dish[es], and I eat some very bad dish[es], like disgusting dish[es]. So definitely sometimes you feel that the rat [sabotaged] the dish because it’s very bad. And at the end, you realize he was not the rat.”

“Right,” Leggero adds with a laugh. “His grandmother gave him a bad recipe…”

She adds she wanted to be part of the show — particularly because she can’t cook — so she’s happy to just serve up the comedy. “Ludo is funny, but he is like, extremely serious about food. And, so you know, I think it’s just a good combo.”

Rat in the Kitchen airs Thursday nights at 9 p.m. on TBS. 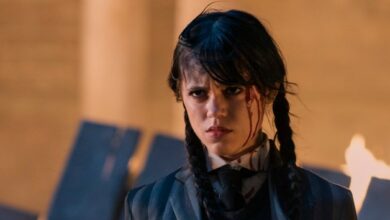 ‘Wednesday’ has second-biggest week ever recorded by Nielsen 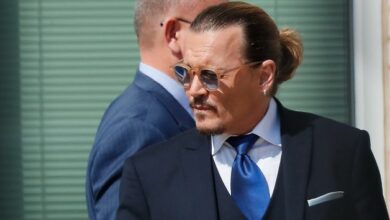 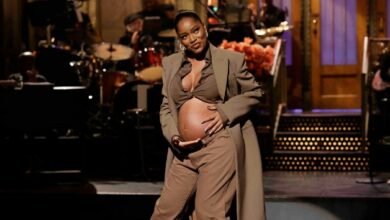