Camilla Luddington may not be one of the original Grey’s Anatomy stars, but she’s a huge part of the series’ history.

The British actress, 38, joined the ABC medical drama back in season 9 as Jo Wilson. More than 200 episodes later, she is part of the cast celebrating the show’s milestone 400th episode — which also happens to be the season 18 finale — airing Thursday at 8 p.m. ET.

As it turns out, things could have been very different for Luddington, who missed her audition in 2012 because she was at San Diego Comic-Con promoting her role as Lara Croft in the Tomb Raider video game franchise.

Luckily, it all worked out in the end.

“Ten years later, here I am,” she told Good Morning America on Thursday.

Luddington also spoke about how her character’s storyline of becoming a mom this season mirrored her own life, having welcomed her son, Lucas, in August 2020. She also shares 5-year-old daughter Hayden with husband Matthew Alan.

“They’re like, ‘OK, so you’re going to be really tired this season.’ And I’m like, ‘I got this,'” she said, laughing. “Like, her kid was teething, my kid was teething. This season was easy, the mom thing.”

Luddington said showrunner Krista Vernoff is “very open” to the actors pitching stories for their characters. The actress also revealed one storyline she’s keen to pitch herself: her vision for how Grey’s Anatomy should end.

“Can we be on a beach? I just feel like there have been so many huge disasters. Can we just all survive, like, with a cocktail?” she suggested. “That’s what I want. A cocktail on the beach. That’s what I’ll pitch next.”

‘Avatar: The Way of Water’ tops the box office with $134 million debut 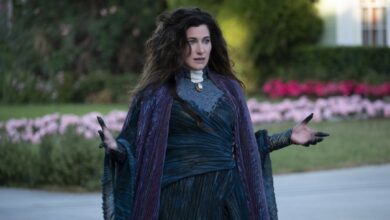 Will Agatha Harkness get her own ﻿’WandaVision﻿’ spinoff? Star Kathryn Hahn weighs in 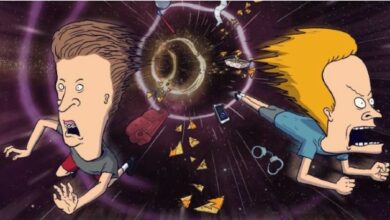 “YES!” ‘Beavis and Butt-Head Do The Universe’ debuting June 23 on Paramount+ 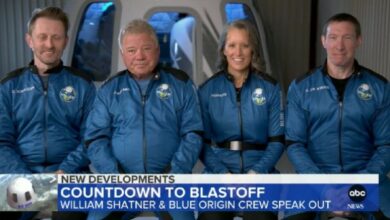